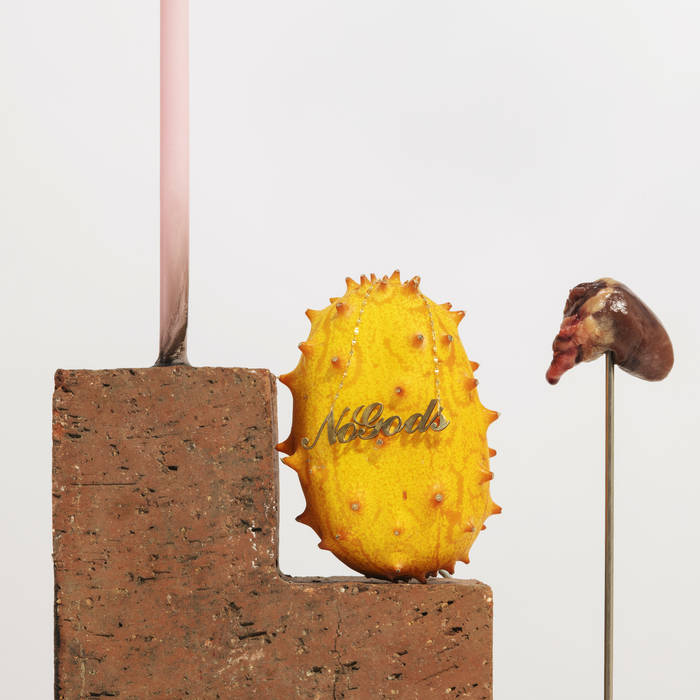 "When we're going through submissions, one of the hardest qualities to find is uniqueness. So many young artists are following trends, mimicking their influences, and failing to hone in on their own voices. Push Push has already made a powerful first impression, and most importantly, she'll never be confused for someone else.” - COMPLEX

Her high-energy performances have taken her to stages in London and New York, as well as prominent local events like CTEMF, Smoking Dragon and Rocking the Daisies. If you haven’t spotted her name on lineups alongside the likes of Peanut Butter Wolf, you’re sure to have heard her tracks ‘Jut Life’, ‘Atom Bomb’ and ’Shake Down' featured on Comedy Central’s "Broad City".

Coming off two high-profile releases (“Tops” with Tommy Lee and “ACAB” with Pussy Riot), 'No Gods' is the debut EP from Push Push— a collection of Nicci’s most accessible yet lethal material to date.

All songs written by Push Push and Moon Bounce

All songs produced, mixed and mastered by Moon Bounce

Bandcamp Daily  your guide to the world of Bandcamp

Featured sounds from Fly Lo and Ahmed Idris, plus Mother Nature hops on to drop off new project